What Am I Working On? 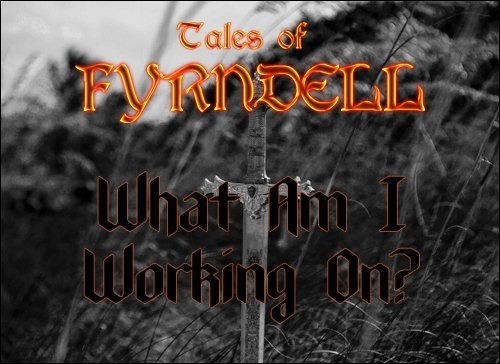 It’s been a little over two weeks since the paperback release of IN CROWS’ CLAWS. What have I been working on since, and what’s in store for the future of Tales of Fyrndell?

I’ve been hard at work keeping the Tales of Fyrndell Patreon chock-full of goodies for patrons. Since launching the Patreon in April, all tiers of patrons have been given access to two short stories: The Sundering of Zelrator and Faith and Family.

April’s Patreon short, The Sundering of Zelrator, chronicles the final battle between the elven Mhedorian Empire and the rebellious Kingdom of Northern Mhedor. The battle takes place on the fields of Zelrator, a no man’s land between both factions that is also the home to the Prison-Keep of Zelrator, a fortress run by an independent guild and tasked with keeping a variety of monstrous and abominable creatures physically and magically imprisoned.

But the battle between armies threatens the integrity of the Prison-Keep, and its defenders must do their best to keep the evils within from spilling out into Fyrndell.

The Sundering of Zelrator gives readers their first glimpse of Empress Aureia Culperio, one of my favorite characters to write, and someone who plays a central role in future projects.

Faith and Family, May’s Patreon short story, clocks in at over 12,000 words and serves as the origin story for Abner Gaunt. Abner is born into a noble family of Operan zealots and, as the first-born, is expected to spend his life in service to the Church, but his own desires conflict with what’s expected of him.

As Abner grows, he learns what it means to be a paladin in service to the Order of the Orthodox Knights of Fyrndell, but he must reconcile his obligations with a burgeoning love for his lifelong friend.

Like Empress Culperio, Abner Gaunt plays an integral role in future stories and I can’t wait to write about him in future projects.

In 2011, I began writing a book that I eventually scrapped, but that served as the foundation for the world of Fyrndell. Over time, the foundations laid out by that failed book began to strengthen as I continued to develop not only the setting, but my writing. The scraps of that book are now being used as the basis of the first full-length novel set in the world of Fyrndell…

TALES OF FYRNDELL: ASCENT TO HERESY is the debut novel set in the world of Fyrndell.

Ten years ago, Gregori Lavrin, king of Trythia, went on an expedition deep into Nyrkonian territories in search of a relic believed to be the Hammer of Operus, an item that would give its wielder a god’s power to create and destroy. But Gregori’s expedition failed. As he and his retinue escaped from Nyrkonian lands, they slew the Nyrkonian’s spiritual leader.

The murder of their leader drove the peaceful Nyrkonian tribes to war as they united to invade Trythia through the gates of Heretic’s Ascent.

After ten years of brutal fighting and genocide, the remaining Trythian defenders must put up a valiant last stand if they have any hope of survival…and of liberating their nation.

ASCENT TO HERESY will be the first book in a three- or four-book series (likely four) with the work-in-progress series title of “The Holy War.”

I’m not sure when ASCENT TO HERESY will be finished, but I’d like to release it sometime in early 2020. Until then, I’ll share previews and updates here, on Twitter, and on Patreon, and can’t wait to get the book into readers’ hands! I’m also hoping to publish some non-Patreon-exclusive short stories/anthologies prior to the release of AtH, but the book itself is my number one focus.

Finally, thank you to everyone who ordered a copy of IN CROWS’ CLAWS, whether it be the ebook, paperback, or signed edition.

A very special thank you to everyone who sent me photos of their paperback IN CROWS’ CLAWS in the wild (in one case, literally in the wild!):

Got this beauty in the mail today! Thanks Dan for sending me a copy of your novella in light of the paperback release! So, excited to get started.

Check out @DanMattiaWriter if you’d like to know more. pic.twitter.com/cMNWcL5Kkv 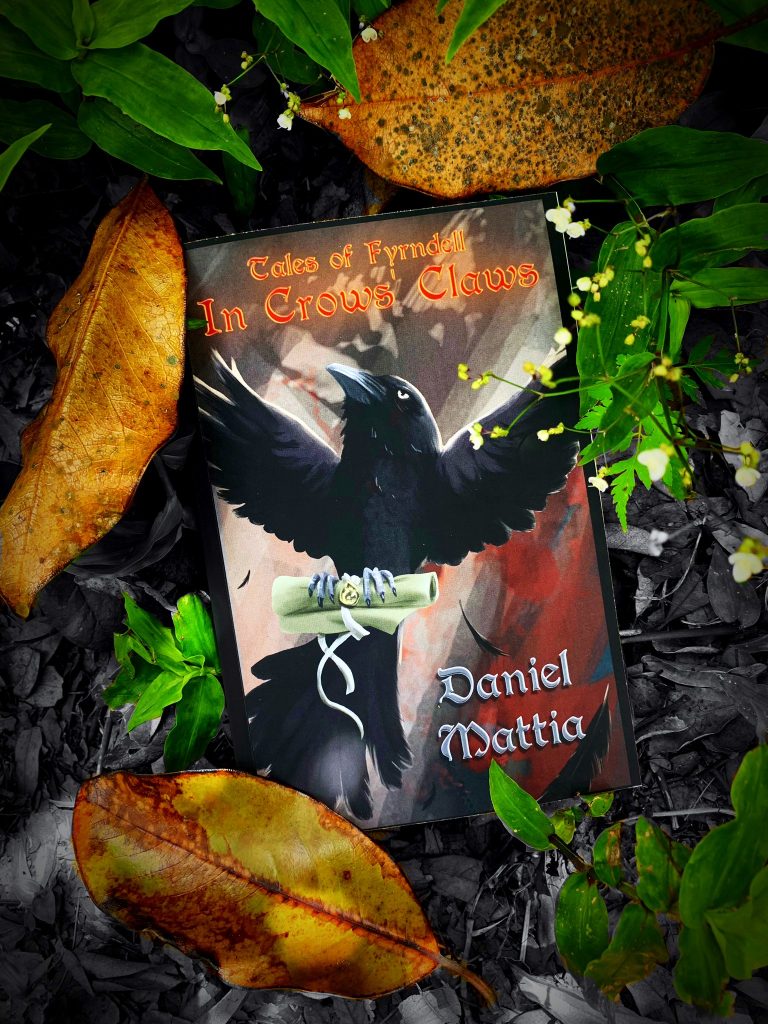 My paperback of In Crows’ Claws is here! I’m so excited. Can’t wait to read it again. @DanMattiaWriter @PaladinPub #amreading #booklovers #books pic.twitter.com/rQ6gMEbuEU 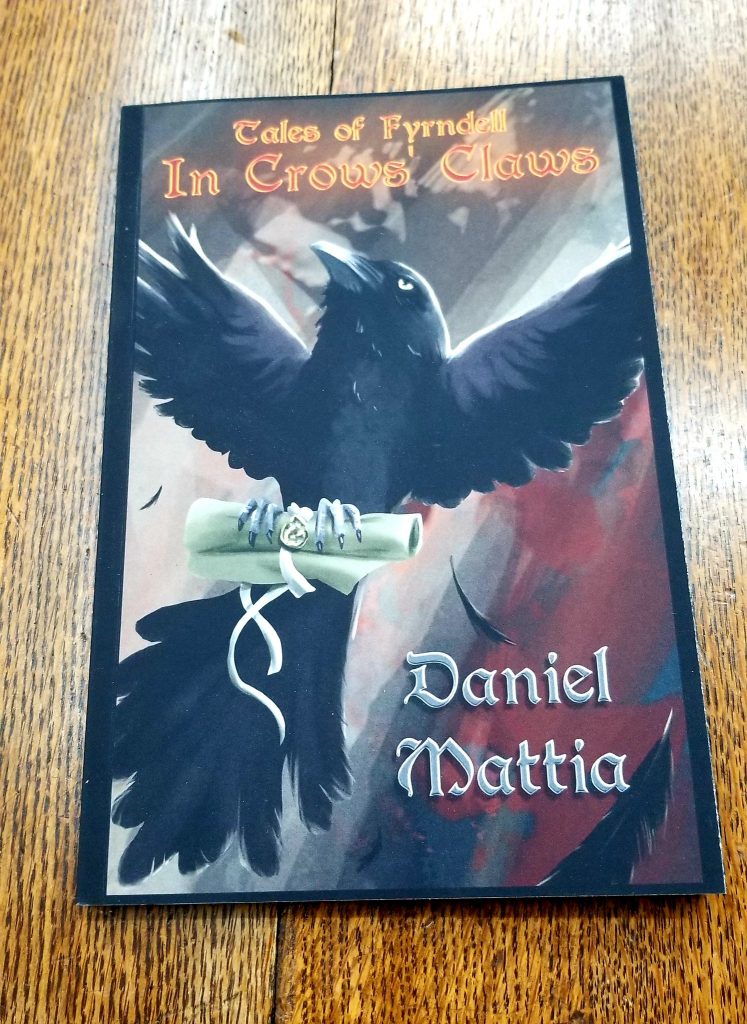 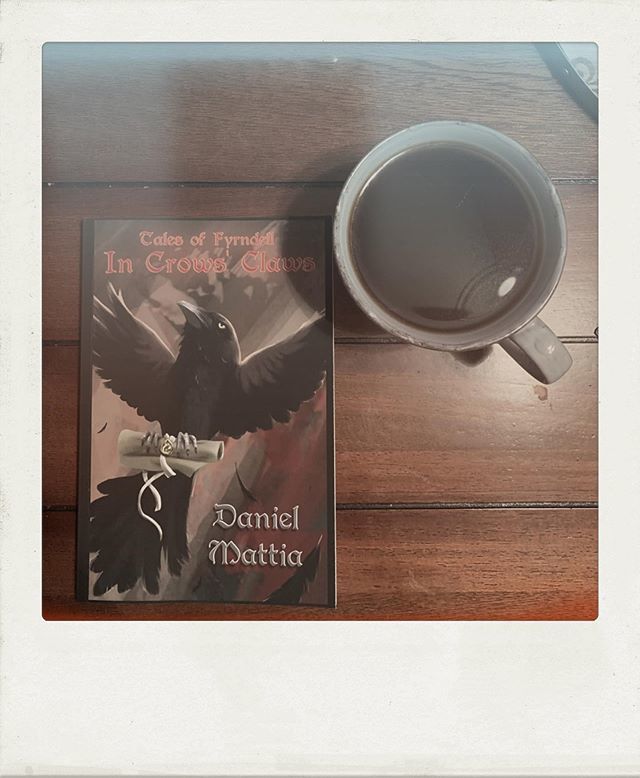 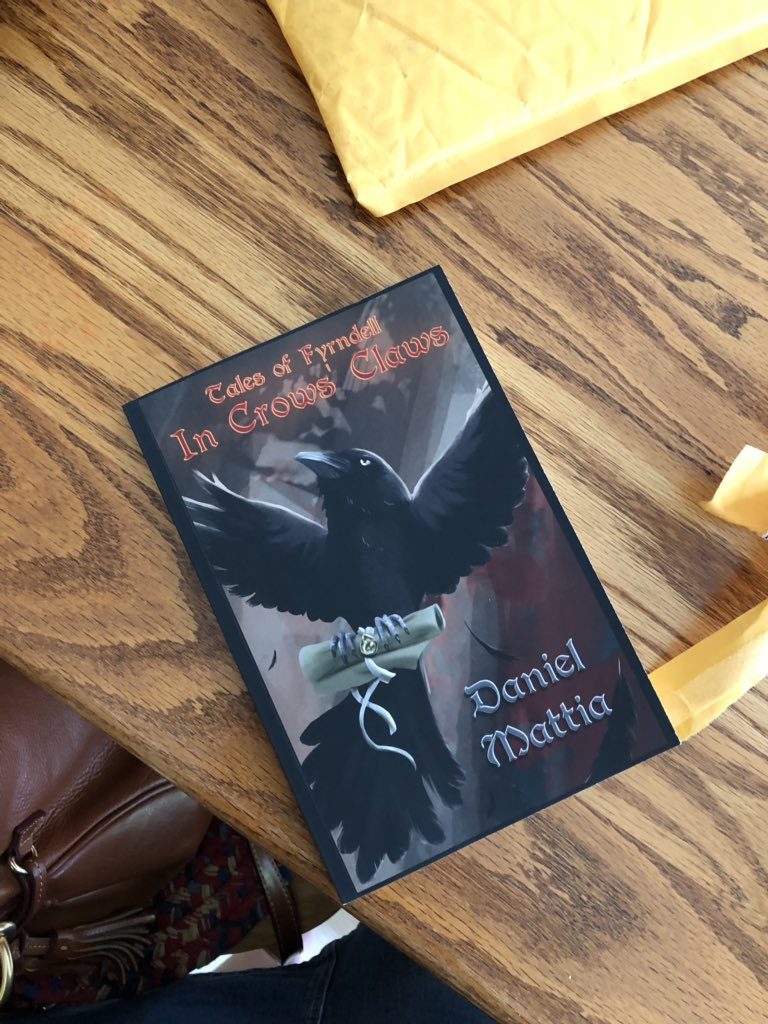 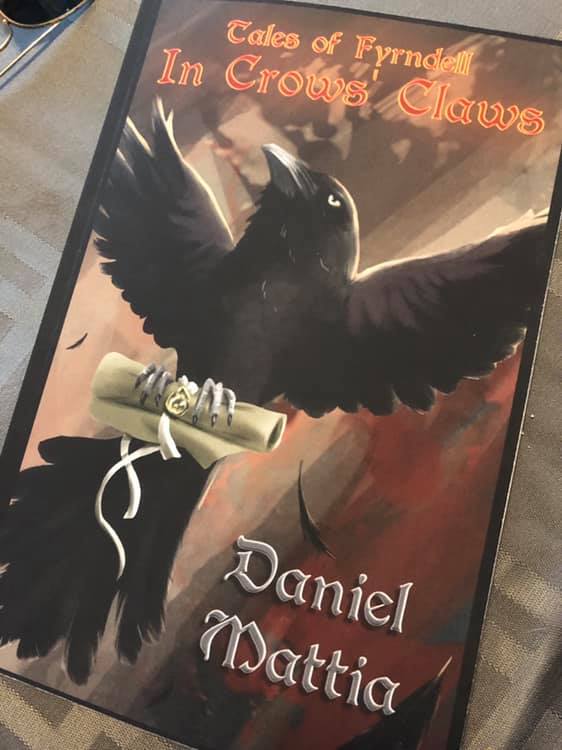 I have to admit: it makes me a little teary-eyed to see my first-ever published story in paperback and in the hands of readers, fans, and friends. I can’t thank my readers enough, no matter your preference for how you read my work; for an author, it’s magical to know someone other than yourself is reading your work.

I’d like to finish this post with a link to Staci Bean’s newly launched website. Staci illustrated the IN CROWS’ CLAWS cover and took my original description of what I wanted to the next level, beyond anything I imagined. She’s available for photo retouching and illustration work, so if you’re in the market for either, she gets my full endorsement (and will also be illustrating the cover of ASCENT TO HERESY). 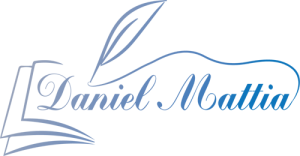